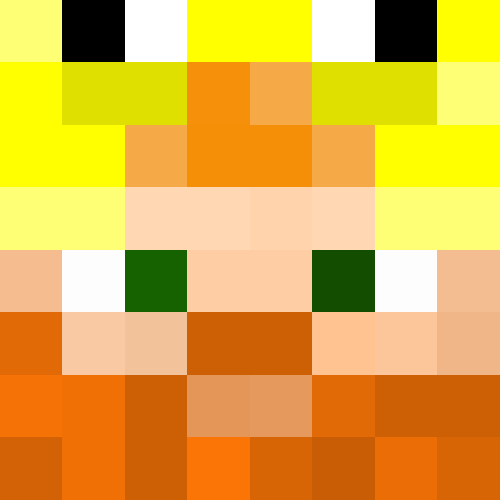 Naird
Hello there!
3 months ago

We're back!
Hey there, After a bit longer than we planned (due to time constraints), we're finally back up and running again! As I mentioned in last week's update, the survival server is still running in 1.16.5 while we wait for everything to update and become stable enough for a public server. You can still connect to Mistral Network on 1.17, but the new features won't be enabled yet. For the best experience, we recommend creating a seperate 1.16.5 profile on your Minecraft Launcher and joining using that. Once enough plugins are updated, we'll be releasing a test server for you to be able to try out 1.17 features on Mistral. We'll also be bringing the Creative server back up and running for 1.17, as it broke shortly after we relaunched, and we haven't had a chance to fix it yet, so we've decided to push that back to the big 1.17 network update. In it's place will be the 1.17 test server soon (once we can get that one working properly). Sorry it's taken us so long to bring the network back online again, and we look forward to seeing you online again soon!
1 day ago

An update regarding MIstral Network
Hello everyone, As you will be aware by now, last week we were the victim of a hack that took Mistral Network offline. Since then, we've been working to rebuild the servers and resecure our systems. While we've been doing this, Spigot released an early version of 1.17 support, which means we'll soon be able to start updating the network to 1.17! Over the coming days, we'll be running some internal tests to make sure all our plugins work with the new update, and wait for updates to plugins etc. to ensure the update is as smooth as possible. At this point, our plan is to run a temporary test server alongside our main survival server so you can try out the new features 1.17 offers, and we can make tweaks as we go along to make sure the servers are up to spec. This server will not be kept, and we won't be releasing a download for the world of that server. However, there's a lot of behind-the-scenes updates we need to make to the network before it can support 1.17, but we aim to at least have the 1.16.5 server back up and running this weekend . Keep an eye on the #mc-pings channel on the Yogscord to see when we are back up and running again! Thank you for sticking with us while we've been sorting this out, and we hope to see you very soon on the network!
9 days ago

Caves & Cliffs Part 1 and Mistral
Hello everyone! As you may have seen, Mojang have announced the release date for Cave and Cliffs Part 1 to be June 8th . This is just a quick update to let you know that Mistral Network won't update to 1.17 right away, as we use server software that's quite a few links down a chain (we use a fork of a fork of a fork of a fork of a fork), which means we have to wait for each of these forks to update before the software we use updates. We will however utilise a plugin we've used before called ViaVersion which allows newer versions of Minecraft to connect to an old version. With ViaVersion, you may notice a few things such as walls not connecting, new blocks and items turning into stone etc. These will not be bugs, but the limitations of the plugin. For the best experience, we recommend creating a profile specifically set to use 1.16.5 until we announce the update. Once our server software is updated, we'll be running internal tests to ensure all our plugins are compatible with the update, and make sure everything works as expected before we update the network. At this point, we'll make another announcement and update the serverlist MOTD to reflect the update. We're as excited as you are to try out the new blocks, items and features, and will be working to update the network as soon as we can (while making sure it's still stable and enjoyable). Also, over the coming weeks, I'll be working to patch known issues, improve performance, and repair the creative server. I don't have much free time to work on the network due to working full time alongside running Mistral Network, but moving forward, I'll be dedicating at least one full day per week to work on the network and run updates, patch bugs, fix things, and bring you all new content!
20 days ago

Jobs & Wiki
Hello there everyone, we've run our first updates on the Survival server since we relaunched earlier this week! If you build in the wilderness, it will no longer decay and reset back. This is something that has frustrated some of you, so we've disabled world regeneration. This does however mean that explosions in the wilderness will no longer repair themselves. You asked for it, and we listened, there are now more ways to make MistralTokens on the Survival server, in the form of Jobs! You can find out how they work, and how to join a job on our new and improved Wiki . We're working hard to fill the wiki with all the useful information you need to play on Mistral Network, so far, we've added three guides: Towny Commands Shops Jobs We'll be adding more as they're ready, but these should give you an understanding of how everything works! If you have any suggestions or questions, send them our way either by replying to this post, or sending us a message on Discord. Until next time, The Mistral Network Team
about 1 month ago

Relaunch Announcement
Welcome to Mistral Network! We've relaunched the Minecraft Network with two new servers! Survival • Towny based server • McMMO skills & perks • 6000x6000 world (will be expanded in 1.17 for new worldgen) • Player spreading - No set spawn point (but you can /tpa to friends) • Shop plugin - We've gone back to the plugin we used before, so placing a sign on a chest or a barrel will create a shop! Creative • Plot-based creative server • Mostly unrestricted creative mode (except saved toolbars, to prevent glitched items being spawned in) • Ability to claim multiple plots • Ability to merge plots with others' Sorry this post is late, as you can expect, it's been an extremely busy day for us! We've received feedback that some of the plugins/systems we're using are a bit confusing, which is why over the coming days and weeks, we'll be updating the wiki section of the site to include full guides on these, starting with Towny! For now, you can check out Towny's Wiki for help with commands! Lastly, moving forward, we'll be using the updates section of the forum to announce more than just the Minecraft server updates, we'll be including community related topics too, promotions we're running etc. Thank you for your patience while we've been rebuilding the network from the ground up, and we look forward to seeing you online! The Mistral Network Team
about 1 month ago
Replies